Our friends at CA construction blog have put out a nice post on the state license board.  It's all about their push aimed at illegal advertising (it's about time!).  It talks about the new enforcement actions and staff for that.

This is good news for all of our readers.  It's about time to push out the bad eggs that make it harder on the rest of us.

Under California Business and Professions Code section 7048, a California contractors license is required when a contractor performs work on a project under one or more contracts with an aggregate contract price of $500 or more.

Yeah, I know, it's a difference of a buck.  Who knows, maybe the CSLB is in the holiday spirit and giving unlicensed contractors a $1 break.

Angry about Unlicensed Competition? There's a Form for That

Licensed contractors must include their CSLB license number in all forms of advertising. Those without a license can advertise as long as the ad states that they are not a state-licensed contractor, and the combined total of a project's labor and materials costs is $500 and under (Business and Professions Code section 7027.1).CSLB has a new way to report illegal advertising activity to help level the playing field for licensees. An Advertising Complaint form now is available on the CSLB website to report unlicensed operators who illegally list their services on the Internet or in publications, in defiance of state contracting law. 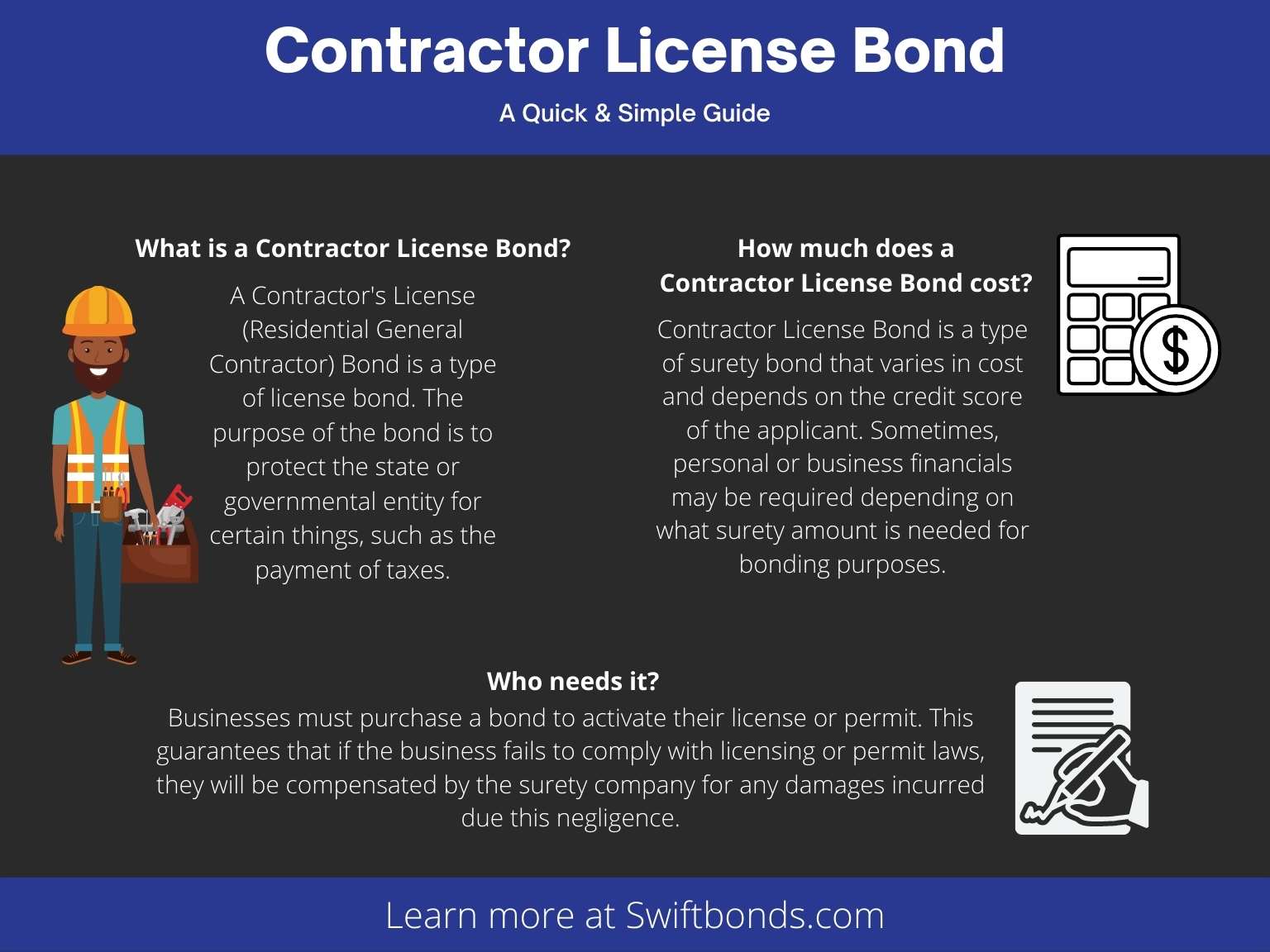 To get a California Performance Bond go here.