In this space we talk about surety bonds all the time.  However, we sometimes forget that surety bonds are part of the larger world in which we live.  The current Greece situation is fascinating, but also has real world effects on construction and bonds in the United States.  As the situation worsens, the bond prices are getting higher, but will probably worsen substantially.

In any downturn, the prices will fall, which will in turn raise yields.  These increased costs will be felt by all communities that rely on borrowing - think local governments and new construction.  Thus, once the yields rise, there will be fewer financing possibilities and accordingly, fewer construction jobs.  Interesting, huh?

The below articles talks about investors bid bonds higher in the last few days (probably front-running the bailout dollars). 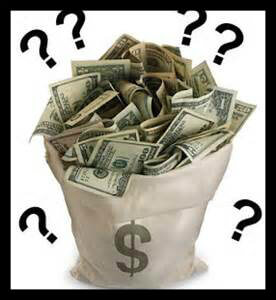 Investors in U.S. bonds aren't as confident as some of their European counterparts that Greece can survive its current crisis. Treasury 10-year-note yields dropped to the lowest in more than two weeks as investors sought the world's safest securities, even as European stock and bond markets gained on optimism that negotiations might produce a deal to keep Greece afloat and in the euro currency.

The European Central Bank extended a financial lifeline to Greece before an emergency summit of European leaders this week.

"The only real safe haven out there right now is Treasuries," said David Keeble, the New York-based head of fixed-income strategy at Credit Agricole. "Even for bunds, a breakup scenario isn't the best thing."

"It's all about Greece," said Thomas Roth, senior Treasury trader in New York at Mitsubishi UFJ Securities USA. "It's about worries and fears about Greece. That's the only thing going on into the weekend. Liquidity is going down."

Greece's existing bailout agreement expires on June 30, the same day Greece is due to make a payment to the International Monetary Fund. After finance ministers failed to resolve the deadlock over aid on Thursday, Greek Prime Minister Alexis Tsipras said on a visit to Russia that his country can survive its current crisis.

"There's not a lot of depth in the market right now," said Jim Combias, New York-based head of Treasury trading at Mizuho Securities USA, one of 22 primary dealers that trade with the Federal Reserve. "It's a Friday; the big meeting is on Monday. You are not sure whether they will impose capital controls. Who really is going to go and take a big risk today?"

The yield on the 10-year Treasury note has dropped 13 basis points this week. U.S. government bonds are heading for a second weekly gain, trimming this month's losses amid the Greece crisis and expectations the Fed will be gradual in raising interest rates.

See here for our California Bid Bonds, and more on Texas bid bonds or a Florida Bid Bond