What is a firearm bond?

Firearm Bond – A bond that is issued by an authorized insurance company as part of the registration process for obtaining a firearm license in order to protect citizens and entities from fraudulence, theft, or identity theft. Surety Bond-A type of surety bond which guarantees that firearms dealers will be able to deliver on their promises when selling guns such as guaranteeing pricing accuracy.

Do you need a firearms permit bond?

Swiftbonds is the leading provider of firearm permits bonds in the United States. We offer quick and easy solutions to help you get your firearms permit bond quickly and easily. Our goal is to make sure that all of our customers are happy with their experience when they work with us, so we will do whatever it takes to make this happen!

Let us take care of everything for you – from start to finish. You can rest assured knowing that your application has been processed by professionals who know what they're doing, which means less time spent worrying about getting your firearm permit bond approved!

Why is the firearm bond required?

A bond is required for licenses issued to manufacturers and dealers of firearms and ammunitions, known as the License to Manufactureand the License to Deal, respectively. The purpose of these bonds is “as security and as a commitment to comply with all the existing laws and regulations”

How much is a gun permit in Florida?

A person can expect an initial price of $102 which includes the $42 fee for fingerprint processing and a license. Renewals normally cost residents just shy of fifty dollars, but non-residents pay around ninety two bucks including their own forty dollar charge for fingerprints.

Can I carry a gun without a concealed weapons permit in Florida?

You can carry a gun without any trouble in Florida. In fact, if you are 18 or older and not violating the law already with your firearm possession, it doesn't even matter where you put it – as long as it's securely inside of something like an automobile on the way to work!

How long does it take to get CCW in Florida?

This can vary depending on if you are a non-resident or not, but the general turnaround time for processing is around 50 days.

Is a Florida concealed carry permit valid in other states?

Florida recognizes concealed weapon licenses from other states when those states reciprocate. Section 790.015, Florida Statutes, is the relevant section that allows for this to happen so long as another state has agreements with Floridians who would like to carry a concealed handgun in their home state.

Is Florida an open carry state?

Florida is a non-permissive open carry state, which means that only for certain activities such as hunting or when defending oneself during self defense in the state does one have to be able to openly bear arms.

Can I open carry on my property in Florida?

There are certain exceptions to the law of Florida that allows for open carry. You can legally have your firearm out in public as long as it's on private property and you're traveling home, or if you happen to be fishing, hunting, or camping.

Do you need a permit to buy a gun in Florida?

In order to purchase handguns, residents of Florida must have been living there for at least three months. Non-residents are not allowed to own firearms because they require permits and the state does not issue those types of documents.

Where can I get my gun license in Florida?

You can apply for a concealed weapon license in person at one of the Florida Department of Agriculture and Consumer Services (FDACS) regional offices or an authorized Florida tax collector's office. Read a Palm Beach County, FL – Roadside Vendor ($2,000) Bond. 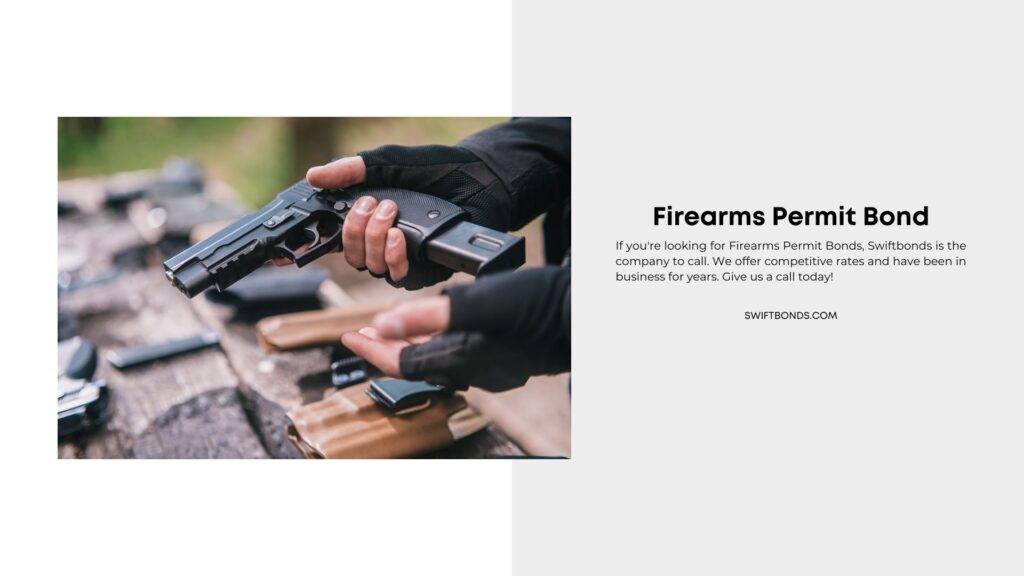 What disqualifies you from getting a concealed carry permit in Florida?

In Florida, if you are adjudged incompetent or mentally defective it will not work in getting a concealed carry permit. If the application is found to be false and fraudulent, then that would also disqualify one from obtaining such a license.

What states does Florida have reciprocity with?

There are eight. Alabama, Arkansas, Connecticut, Georgia, Illinois and Mississippi for sure; but Nebraska's a little country boy who doesn't know his way around yet (he is so cute!)—so he might still need to call home sometimes. Rhode Island will take him out once in a while too!

Where can you not conceal carry in Florida?

In Florida, you cannot conceal carry in a courthouse or an airport. In addition to the obvious places like school zones and public parks, there are many other locations where concealed carrying is not allowed under state law.

How many rounds can you carry in Florida?

In a state with such beautiful natural scenery, it's surprising that there is no limit to the number of bullets allowed. Democratic State Senator Linda Stewart from Orlando suggested legislation which would force mass shooters to reload more often and ultimately lead to fewer people killed during these events. In her words: “Common-sense gun control.”

What guns are illegal in Florida?

Florida Statute § 790.221, states that it is illegal for any person to own or have in their custody possession control of a short-barreled rifle shotgun or machine gun which may be easily operated; however this does not apply to antique firearms.

Does Florida have a mandatory waiting period to buy a gun?

Florida has a 3 day waiting period between the purchase and delivery of any firearm. This cannot be waived, even during weekends or holidays when records checks are not necessary. Need a FL – Professional Solicitor ($50,000) Bond.

Can I carry my gun in Florida?

You can carry your gun in Florida if it's concealed, not openly. The law bans handguns from being carried openly and this goes back to when open carry was illegal but currently one of five states ban the practice.

Does Florida have a lifetime concealed carry permit?

Florida's concealed carry permits are good for 7 years, but they're also renewable at any time. Renewing your permit is a simple and quick process that can be done in person or online to keep the permit valid throughout its duration.

Hollow points or controlled expansion rounds are the standard for most CCW holders because they can stop a threat without over-penetrating and getting lodged into something that might not be as important.

Can you carry a gun in a bar in Florida?

There are some places in Florida where you can't bring a gun. For example, if the main purpose of your establishment is to sell alcohol then it's illegal for people to carry guns there- even while eating!

Can you wear a mask while carrying a gun in Florida?

Florida laws state that you can wear a mask while carrying concealed, as long as it is your legal right to do so. You must have a CWFL (concealed weapon firearms license) in order to conceal and carry weapons including guns.

Can you have a fully automatic gun in Florida?

It's illegal to own a fully automatic gun in Florida. The law makes an exception for antique firearms, as well as those that are lawfully owned and possessed under provisions of federal law (though they still have restrictions on how many you can legally buy).

Can I buy a gun in Florida with adjudication withheld?

Due to the restrictions on voting rights and firearm possession, it is unclear whether or not you can purchase firearms legally if your case deals with withholding of an adjudication. Have a Palm Beach County, FL – Roadside Stand Permit ($1,000) Bond.

Can you conceal carry in a casino?

No, Florida law prohibits carrying weapons into the following places even if they are concealed: 1. Any place of nuisance as defined by Florida statute 823.05; (basically any location that conducts illegal activity, i.e., gambling or prostitution.)

Is it legal to open carry in Florida while fishing?

Florida does not allow open carry, but you may openly carry a firearm while fishing or hunting. Mardela Springs Police Chief Brian Hill wants to implement the restrictions because he says it's abused and there are too many guns on his island already.

Can I have ammo shipped to Florida?

The Postal Service prohibits the shipment of ammunition both nationally and internationally. As such, you'll need to use another carrier if you want to ship ammo domestically or abroad.

What is the penalty for carrying a concealed weapon without a permit in Florida?

Depending on where you live, carrying a concealed weapon without the appropriate permit can lead to serious legal consequences. For example, in Florida it is considered a third-degree felony punishable by up to five years in prison and probation.

Why is Florida not an open carry state?

Florida is not an open carry state because only guns for self-defense can be carried out in the public. If a gun isn't carrying it's being used, then there are consequences that could come with those actions.

Do you have to take a concealed carry class in Florida?

Florida State laws require that all individuals who wish to obtain their Concealed Carry Weapon License must first go through some sort of firearms safety course. There are many options available, but the most common is attending any state-certified instructor's or NRA certified instructors' training classes.

Can I order ammo online in Florida?

Yes! Lucky Gunner is able to ship ammunition across the Sunshine State with no restrictions. We do recommend checking any local legislation, but only for your own protection since we're not lawyers or anything like that. Get a Palm Beach County, FL – Game and Fish License and Permit Bond.