Below is an article that outlines what happens when a construction project is stopped due to problems by a general contractor.  The project was significant ($32 million) and the county was unhappy with the contractor's work (the article also talks about how the contractor was not paying subcontractors - which would lead to a whole host of problems).  Because the general contractor had a surety bond, the surety company is now required to find another contractor to finish the work according to the terms of the project.

Work on Union County's new $32 million family court building has been stopped, the general contractor has been fired and county officials are unsure when work will resume.

Aps Contracting Inc., the Paterson firm hired as general contractor for the project, was fired in May over several issues, including the failure to pay sub-contractors, said former county freeholder Daniel Sullivan, executive director of the Union County Improvement Authority, which is overseeing the project.

A man who answered the telephone at Aps declined to comment about the family courthouse building project.

"Their performance was not satisfactory in the least amount," Sullivan said of he work on the new building now being constructed on Rahway Avenue at Cherry Street, about two blocks from the old courthouse.

Aps was fired in May after the county had paid out about $16 million of the anticipated $32 million total cost, county officials said.

The company that provides the performance bond guaranteeing Aps' work now has to find another contractor to complete the project. 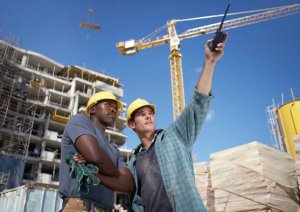 Before a new general contractor can be hired, however, the county had retained another company to assess what repairs are needed for the work already done, Sullivan.

Sub-contractors have stopped working because they were not being paid, and it is uncertain when work will resume, officials said.

"The building should have been opened already," Sullivan said. The company holding the performance bond is responsible for additional costs resulting from the delays, county officials said.

Union County and state officials announced three years ago that a new family courthouse was needed. The current more than 100-year-old building is crowded and fails to meet up-to-date fire codes, they said.

In 2012, the county and state court officials agreed to move family court cases to a new building.

The state court system has been monitoring the delays in the project.

"We're meeting regularly with the improvement authority," said Tammy Kendig, spokeswoman for the state Administrative Office of the Courts.

Even with the construction of the new building, the county still has other required improvements for the tower of the old courthouse.