You can now apply online for a Performance Bond - it only takes three (3) minutes! (Yep, we timed it.) Click here:

When a bond issuer fails to complete the project on time, they are held liable for any damages that may result. Liquidated damage is an agreed-upon amount which covers these costs should it be necessary. How much liquidation will occur depends upon what was written in the contract; some bonds allow work completed while others simply pay out at a predetermined rate until completion of all contracted duties.

Liquidated damages are a predetermined amount of money that must be paid by the surety company to the owner in order to cover any losses incurred as a result of default by the contractor.

You want to know more about liquidated damages for your project's performance bonds and payment bonds?

Which is an example of liquidated damages?

In a contract, liquidated damages are an agreed upon amount of money that will be paid when one party does not live up to their end. This is usually calculated by the cost it would take for both parties if they were forced into arbitration proceedings - which could go on indefinitely and incur more costs than necessary. It's important to know what your rights are in this type of agreement so you can't lose out!

What are liquidated damages and how are they determined?

Liquidated damages, also known as “penalties," are assessed when a party breaches the contract. The amount agreed upon at the time of signing is supposed to reflect an estimate for actual value in case there's a breach.

What are the 3 types of damages?

What are the 3 types of damages in personal injury claims? Economic, noneconomic and punitive.

What type of damages are awarded in promissory estoppel cases?

In promissory estoppel cases, the type of damages awarded are reliance damages because even if there is no bargain principle in place, one party has relied on a promise and thus can be damaged to an extent by their reliance.

What is the difference between liquidated damages and penalty clauses?

The difference between liquidated damages and penalty clauses is that the former are enforceable while penalties can be payable regardless of actual losses.

Liquidated damages can also come in addition to a non-liquidation clause or as payment for something already incurred, but not yet paid by the individual responsible. Lastly, whether they’re mentioned at all is dependent on their severity; if it's only mild then mentioning them may seem redundant because some courts will automatically presume these provisions exist unless expressly disavowed within contract terms. Have a Performance Bond example when the Owner is the Builder

When can liquidated damages be claimed?

Liquidated damages can be claimed when certain situations make it impossible for the courts to assess what compensation should arise from a breach. The court will award full liquidated damages if they find that was an accurate estimate by both parties as a measure of reasonable compensation under these conditions.

What damages can I sue for?

The good news is that you can sue for damages in a personal injury case. There are three types of damage: actual, emotional distress, and compensatory. Punitive damages may be available too! If someone died from their injuries or illness caused by the defendant's actions--wrongful death--their family members also have rights to seek compensation through litigation as well.

What two types of damages might be awarded in a civil case?

Two types of damages that may be awarded in a civil case are compensatory and punitive. Compensatory damages compensate those who have been wronged, while punitive damage punishes the person or company responsible for wrongdoing. Learn about Under What Conditions can a Surety Cancel or Terminate a Performance Bond?

How are damages calculated?

The damages owed to you by the party responsible for your injury are calculated based on a number of factors. How much medical treatment is needed? What happened that caused injuries? Whether or not it settled outside court proceedings, these questions will all matter in determining the final amount awarded.

How is liquidated damage calculated? 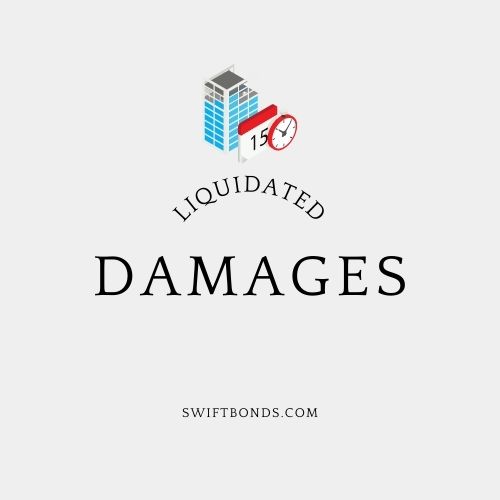 Liquidated damages are often calculated on a daily or weekly rate. These predetermined damages are set at the time that a contract is entered into, based on calculation of actual loss likely to incur if the contractor fails to meet completion date.

Is liquidated damage a penalty?

Oftentimes, liquidated damages are not proportionate to the real or anticipated loss. When this is true, courts often determine that they're actually a penalty and voided provisions will only allow for actual damages caused by breach of contract.

What are liquidated damages in connection with a contract?

One legal provision that can be found in certain contracts is liquidated damages. Liquidated damages are a way of defining the intangible losses to one party when one or both parties breach contract, and this process allows for an estimated payment. Read our What % of a Contract does a Performance Bond usually cost?

Can the damages be predetermined in a contract?

As explained before LD are agreed upon by all parties at the time of signing and they cannot impose these penalties on contractors if there were no breach committed. So make sure your company has protection against this situation when making new deals or revising old ones!

How do you prove liquidated damages?

The party opposing liquidated damages must show that there was no reasonable attempt to estimate the costs before contracting and, if they can prove this, it means you're not entitled for any form of payment when something goes wrong.

Can you claim more than liquidated damages?

This applies whether the actual damage suffered is greater or smaller, and even if it's nothing at all. If your employer has lost out on a lot of money due to their breach of contract with you, they can't then try asking for any LADs that were put in place as protection against this possibility.

Can liquidated damages be challenged?

Yes, it is possible that a vendor who signed your contract may choose to challenge you in court. Liquidated damage disputes are interpreted by the courts and arbitrators when they arise.

Can you recover liquidated damages and actual damages?

Although the non-breaching party cannot recover both, simply agreeing to liquidate one category of losses does not bar them from recovering for other categories. See this What amount is Insured by a Performance Bond?

Are liquidated damages a good idea?

Liquidated damages are a great way to protect against risk and they can be enforceable in some cases. If one party does not perform as promised under a contract, the other party might have the right to an award of money referred to as "damages."