We have seen an increase in business lately as more and more construction firms are needing surety bonds.  They are needing more bonds simply because there is more business.  That business is being distributed among fewer firms, which helps lead to an increase in contracting for the firms that were able to survive the last downturn.  Further, the owners are still a bit skeptical from the last downturn and are requiring more surety bonds.

Construction surety bond activity has returned to just shy of its 2008 peak, when the U.S. economy began to tank, and the sector has evolved with the construction industry.

U.S. construction spending reached a seasonally adjusted annual rate of $1.036 trillion in May, up just 0.8% from April but up 8.2% compared with May 2014, according to the U.S. Census Bureau.

With the pickup in overall construction, surety bond sales also have increased, according to the Washington-based Surety & Fidelity Association of America.

“There has been an increase in the demand for surety bonds, ... but I believe we are only getting back to where we were in 2008,” said Thomas Niland, vice-president and surety practice leader at Cook Maran & Associates in Melville, New York.

As in much of the property/ casualty market, pricing is advantageous for buyers amid ample capacity.

Construction bonds are priced at a rate per $1,000 value of the bond, said Mr. Niland.

Surety bonds, which assure completion of construction projects should a contractor default, can be placed with up to $10 billion in limits, Mr. Brach said.

“Utilization rates, though increasing, are still fairly low overall,” said Curt Grove, senior underwriting officer at Liberty Mutual Surety in Kansas City, Missouri. There is “plenty of surety capacity in all segments of the market.” 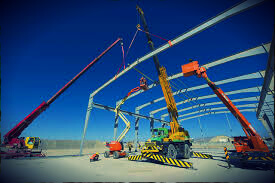 Numbers don't tell the whole story, however, as construction projects grow larger and more often are public-private partnerships, dubbed P3s by the industry.

Thirty-four states and Puerto Rico have enacted legislation enabling such partnerships, according to the Federal Highway Administration.

“We're seeing a lot of states push this model as a way to fill the infrastructure investment gap and, as a response to that, we at Zurich have been working on a bond form specifically tailored for public-private partnerships,” said Mr. Bond.

The new bond form features a liquidity component which allows advance payment to allow a project to continue during claims in addition to the more traditional performance and payment bond, and has been used to bind five public/private partnership projects in Canada, Mr. Bond said.

Zurich has also developed a surety bond form which allows for expedited dispute resolution among partners.

Ironically, amid the abundance of capacity lies a shortage of new talent in the surety space.

“There is a tremendous demand out there for surety experts, but the supply is just not there,” said Marsh's Mr. Brach.