How Fidelity Bonds are Underwritten

How Bonds are Underwritten

Yesterday, we posted a short article on the difference between a surety bond and a fidelity bond.  One question that is consistently asked is this: how is a bond underwritten?  Today, we’ll focus on how a fidelity bond is underwritten.

As you may recall, a fidelity bond provides protection against the potential for dishonesty or theft of a person serving in a fiduciary capacity.  Thus, these bonds are typically written for an official or employee of a financial institution, government official, court representative, etc.  These fidelity bonds provide protection, that is they guarantee indemnity, if the bonded person violate the trust by acting in bad faith, misappropriating funds or property under which they are serving in that fiduciary capacity.

Fidelity bonds also cover insurance agents, officers of building and loan associations, U.S. Government officials, and various employees that serve in other fiduciary capacities for our state and municipal government. 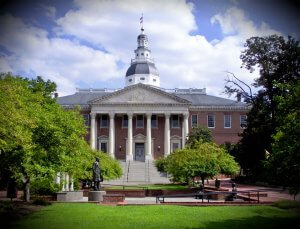 Years ago, it was recommended that all mercantile, financial, hotel, real estate companies, telephone companies and manufacturing companies require their employees to provide a corporate fidelity bond.  These bonds would encompass all of the officers, such as presidents, vice-presidents, and other employees that had access, such as secretaries, treasurers, cashiers, book-keepers, clerks, salesmen and collectors.

Fortunately, technology has replaced the need for so many corporate fidelity bonds.  In our current nearly cashless society, there is very little cash to abscond with.  Further, there are numerous robust tracking systems for the employees so that absconding with funds is a much, much smaller concern than it was years ago. 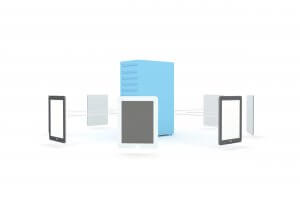 Unfortunately, many small companies do not employ these robust tracking systems.  Thus, there is a lot more fraud in those companies.  The companies that I have dealt with over the years that have experienced fraud were simply not prepared for its devastating effects on growth, operations, and capital.  Many of them did not have the capacity to withstand such a drain on resources, which materially affected the growth and earnings of the company.  Strangely, many times it was a relative of the main principal who was defrauding the company.

Ok, back to fidelity bonds.

You should know that fidelity bonds may be canceled by the surety on thirty days written notice to the employer.

Another thing to know is that the surety company is not liable under a fidelity bond for any act of fraud or dishonesty that was committed by the employee after the employer had knowledge of an act that would start the claim process.  Employers are required to notify the surety promptly of any acts that could lead to a claim and the omission of any such act would relieve the surety company of any liability.

An applicant for a bond must be of the type of person that a surety would underwrite.  This is shown through the applicant’s work history, including both their current employer and their past employers.  The bond is underwritten on the facts presented at the time of bond approval and not any potential future happenings.

So, when an applicant can show a record of personal character that contains the person’s honesty through their actions and position, then the bond is generally written quickly.  However, when an applicant does not have that history, such as when a person has never held a position of trust, then the underwriter will go into more personal history and detail.